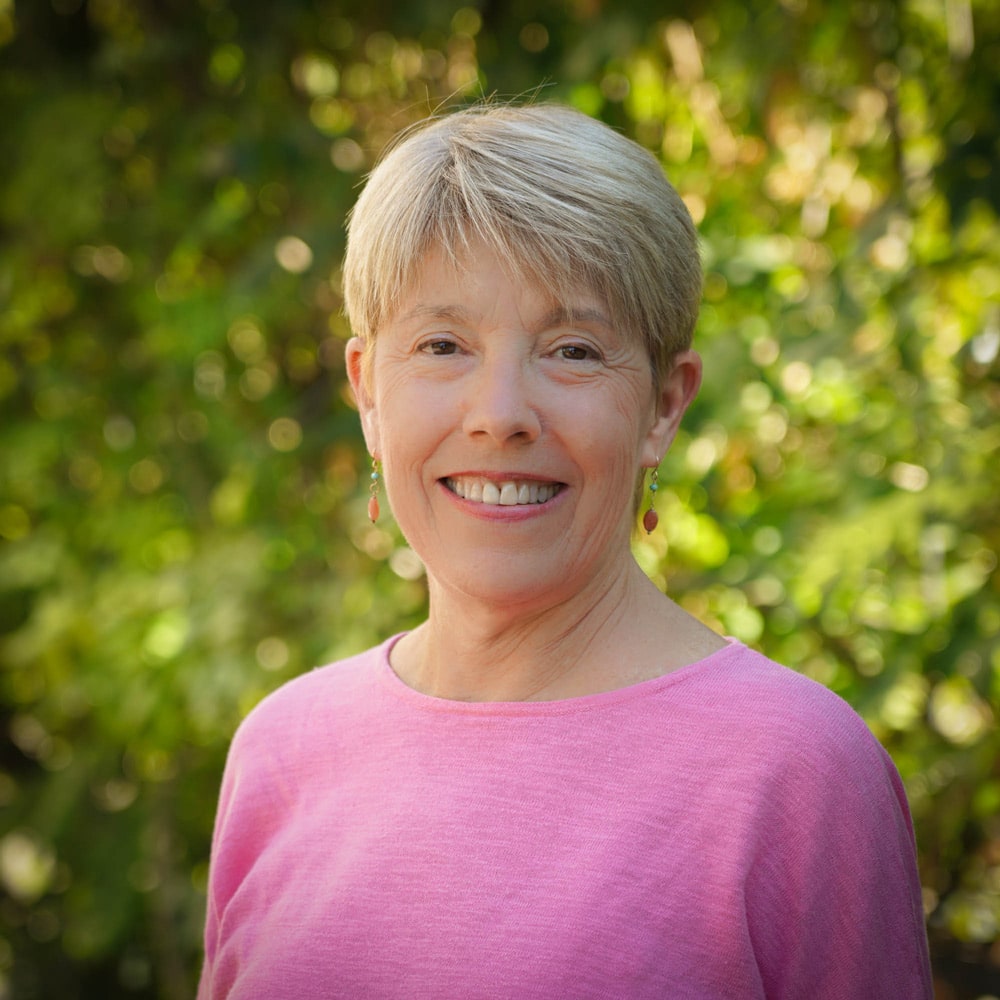 A lifelong interest in sustainability and the environment led Pam to ISI. She joined ISI in the summer of 2013. First as a client, and then a volunteer, one thing led to another and in January 2014, Pam became Project Director for ISI. Three years on, following the death of ISI founder, Loren Cole, Pam became Chief Executive Officer for ISI. She holds a BA in Political Science, UC Berkeley, and a Master’s degree in Public Administration, University of San Francisco. Pam lives, draws and paints in Santa Rosa, with her cat named Abigail, in an intentional housing cooperative. 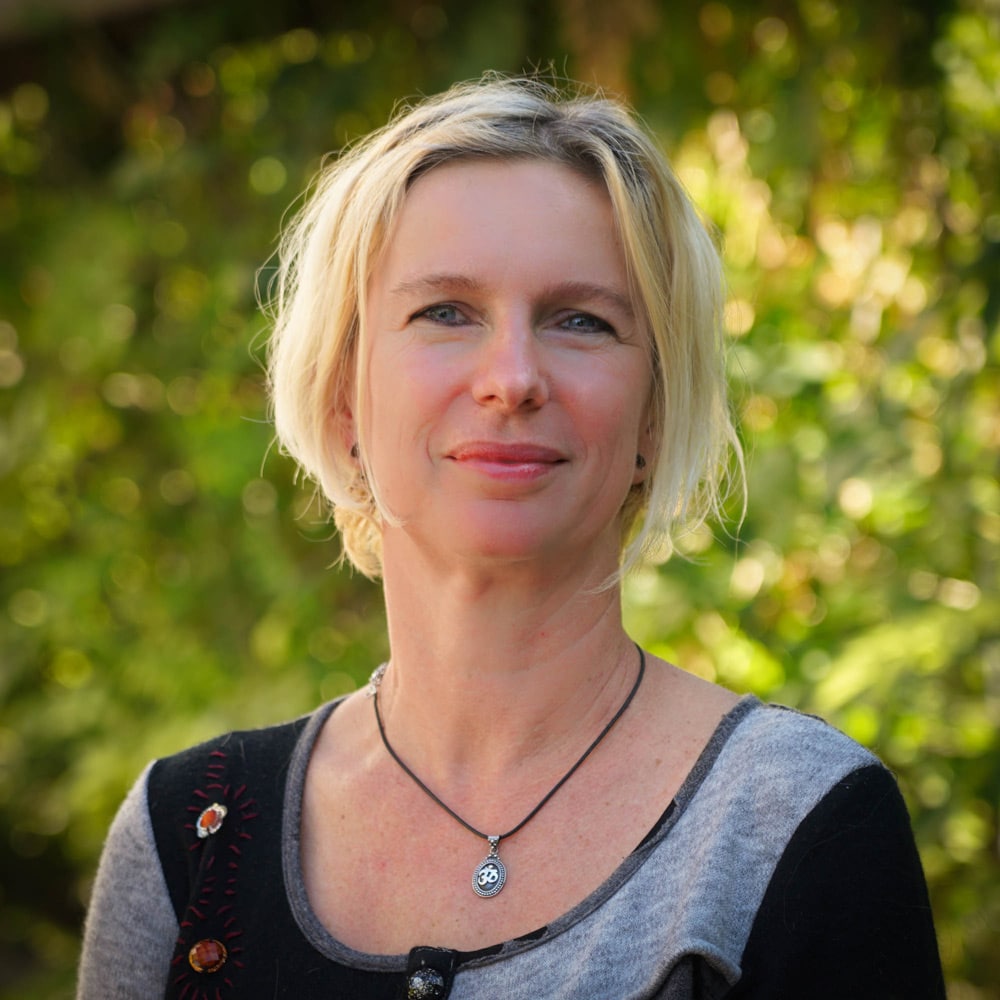 Jenna (real name: Jirina) joined the ISI team in April 2016. Jenna brings plenty of Quickbooks and computer experience with her to ISI, along with all-around excellence when it comes to teamwork and attitude. Mother to two young boys, Jenna stays busy with hockey and swimming, helping her husband with their solar company, and being an all around great Mom. Jenna hails from the Czech Republic, coming to the states for college twenty years ago. She holds a Masters Degree in Economics and Finance from The University of Agriculture, Prague, Czech Republic, and a Bachelors degree in Computer Science from Coastal Carolina University, South Carolina. 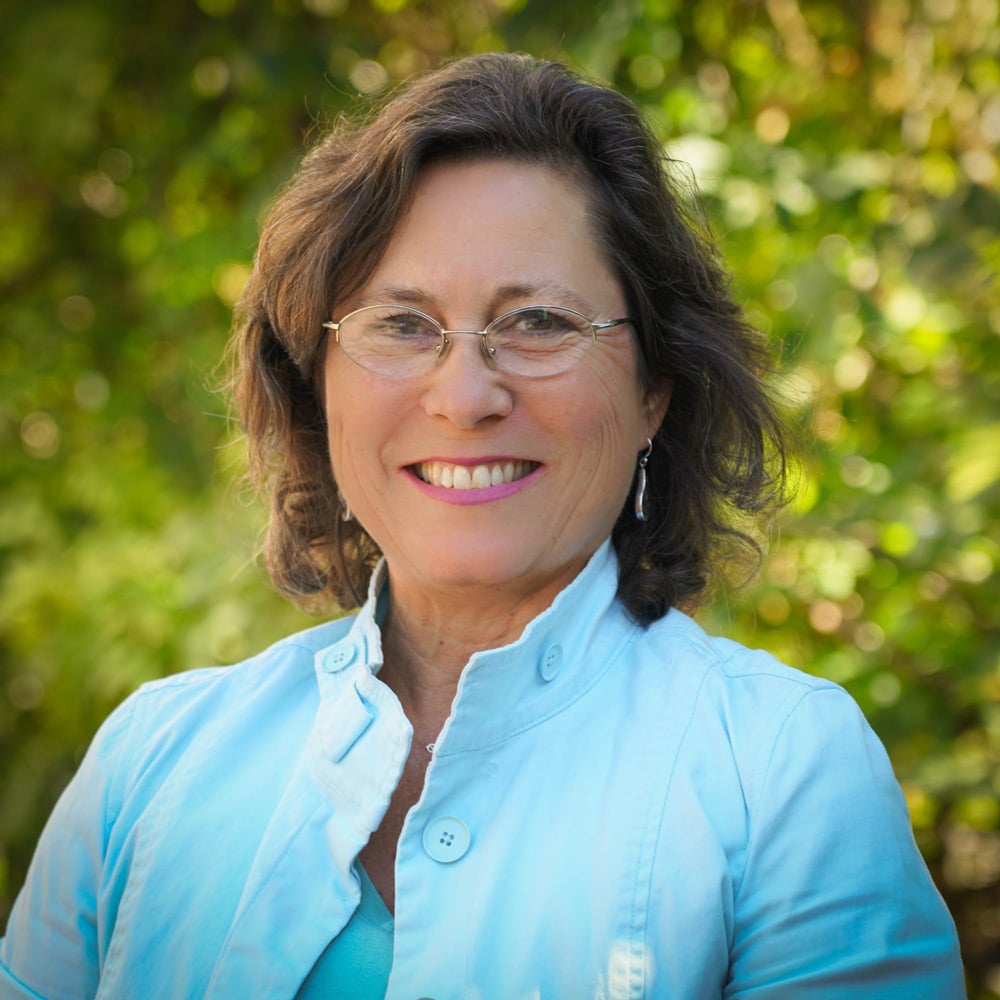 Linda Harris joined the Inquiring Systems team in January of 2018. She is a long time resident of Sonoma County. Her experience includes customer service and administrative work locally in both for profit and nonprofit sectors. She is grateful to be able to live and work in Sonoma County. She has a BS degree in Health Services Administration from Northern Arizona University and an AA degree in Human Resources Administration from Santa Rosa Junior College. She is a mother of two grown children, and now a grandmother of three. She and her husband lived in Sebastopol for several years growing an abundance of fruits and vegetables on their mini farm. Now they live in Bodega Bay and enjoy the clean ocean air and being close to nature. 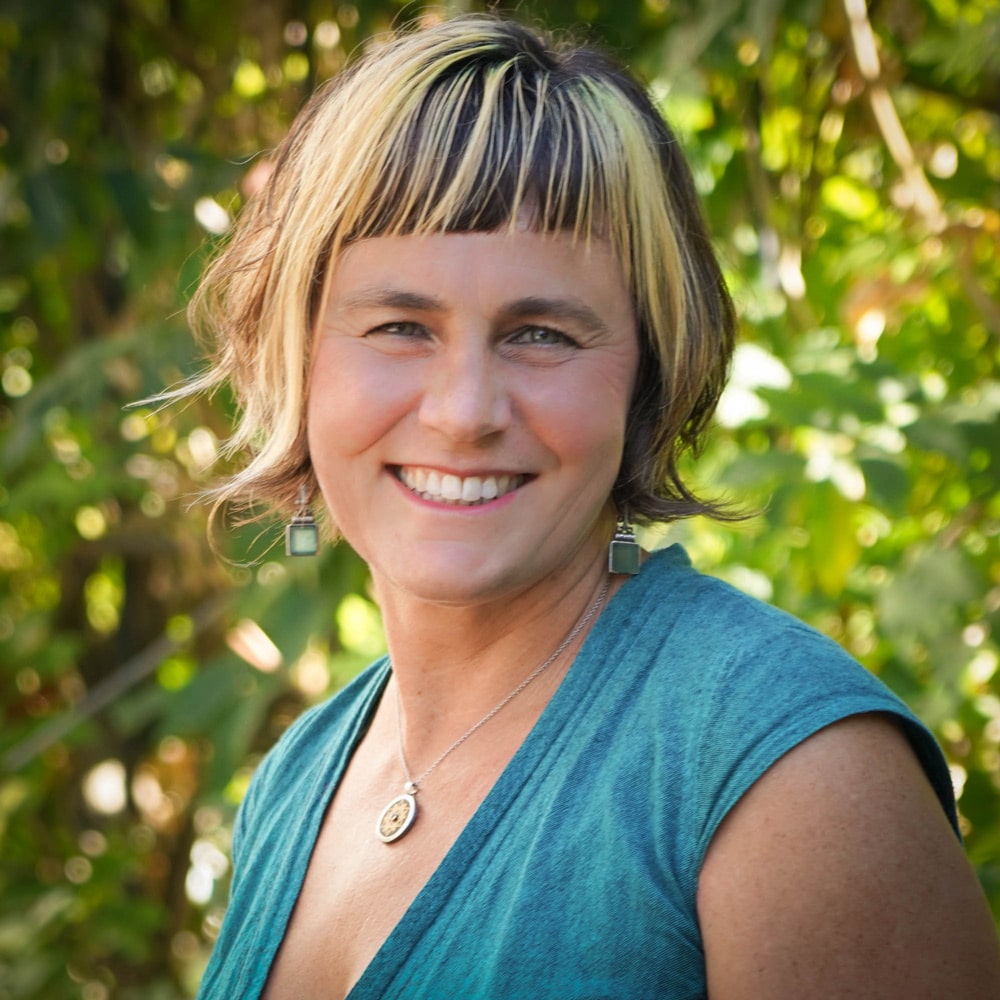 Claudia joined ISI in summer of 2017, as our Special Projects Manager and all-around organizational development specialist. Claudia has over twenty years experience as executive team manager and creative director for many international projects. Her calling in life is to bring together creativity and business to consciously design sustainable and regenerative systems. She holds an Integral MBA in Creative Enterprises for Social Transformation from Meridian University. She lives and works with her artist husband and two cats in rural Sonoma County. 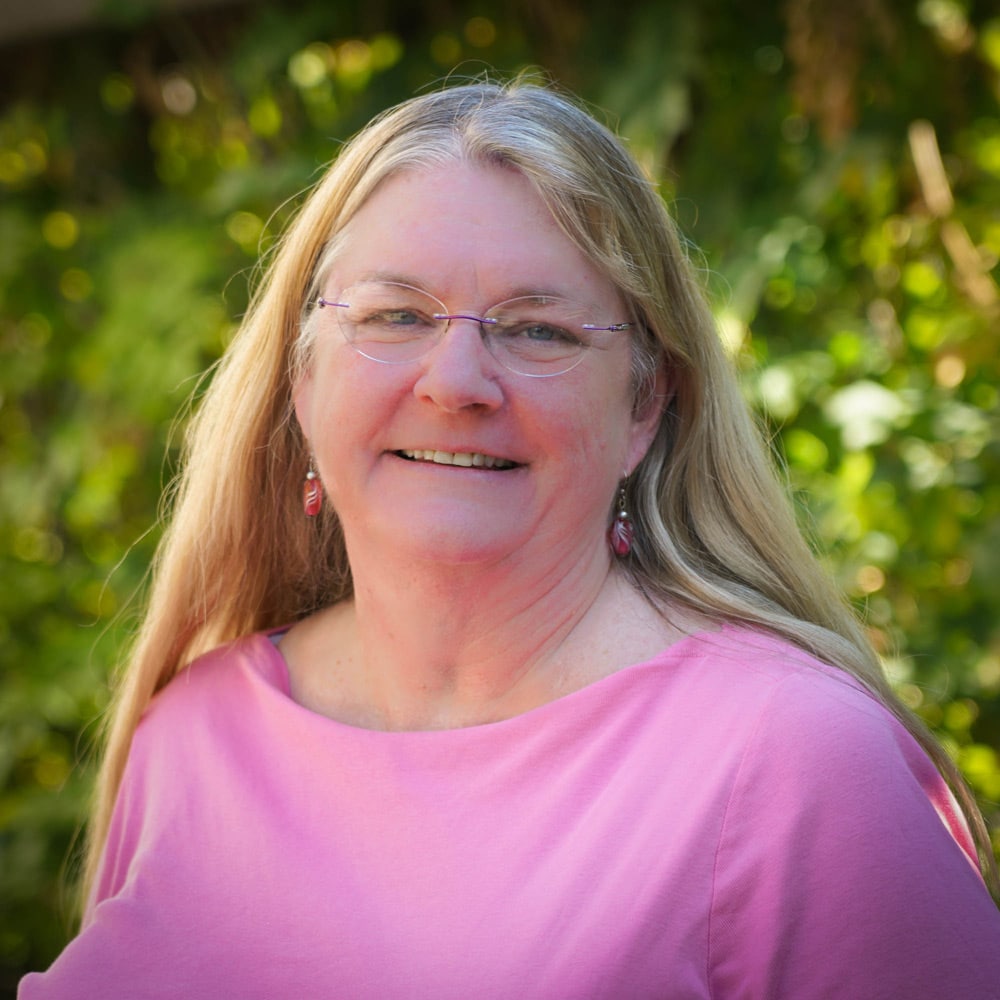 Kirsten Olney will now be in the ISI office several hours each week, but she has been helping ISI in the background since our audit last year. Kirsten brings many years of business management, accounting and bookkeeping to ISI. She’s worked at Apple Computer, Cisco Systems, radio stations, museums, churches and other non-profits. Small businesses and non-profits are Kirsten’s specialty. She enjoys putting all the pieces together. She graduated with a BS in Business Administration with emphasis on “New Ventures and Small Business Management” from Cal State University – Hayward.

Originally from Dallas, TX (her accent is long gone), Kirsten has lived all over the Bay Area, settling in to Santa Rosa to raise her family in her husband’s hometown. Kirsten volunteers as Treasurer and is on the Finance Committee of several local groups and non profits. You can also find her spending time with her husband and 3 children as well as their dog and cat.

Clare joined the ISI team in early 2014. She came to ISI through her mother’s fiscally sponsored art and social issues project, Kids Teaching Kids. When Clare moved from Boston to the SF Bay Area, she met with Loren and Pam for a social visit (Loren’s famous lunch, of course). ISI was redesigning their website at the time and she began helping with the website, then social media, and has helped with ISI’s communications efforts ever since.

A lifelong interest in sustainability and the environment led Pam to ISI. She joined ISI in the summer of 2013. First as a client, and then a volunteer, one thing led to another and in January 2014, Pam became Project Director for ISI. Three years on, following the death of ISI founder, Loren Cole, Pam became Chief Executive Officer for ISI. She holds a BA in Political Science, UC Berkeley, and a Master’s degree in Public Administration, University of San Francisco. Pam lives, draws and paints in Santa Rosa, with her cat named Abigail, in an intentional housing cooperative. 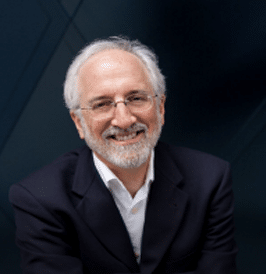 Gil was a founding board member of the Sustainable Business Alliance, Sustainable Berkeley, and the California Sustainable Business Council. He serves on the boards of directors of Open Data Registry, Inc. and Environmental Building Network, the executive board of OpenEco.org and the advisory boards of CleanFish, WattBot, Green World Campaign, and (past) San Francisco Mayor Gavin Newsom’s Clean Tech Advisory Council (and has been named one of the Bay Area’s top 25 movers & shakers in cleantech). Gil also founder and Executive Director of Foundation for the Arts of Peace, and was cofounder and co-director of the Institute for Local Self-Reliance, a leading urban ecology and economic development “think-and-do tank,” where he pioneered the current “green roof” trend more than 35 years ago. 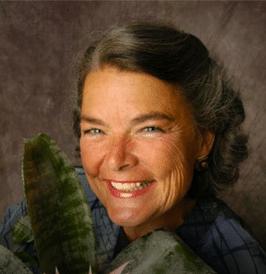 Connie Grauds joined the ISI Board of Directors in 2009. Connie serves as President of the Association of Natural Medicine Pharmacists; Adjunct Faculty, University of Minnesota, Center for Spirituality and Healing; and as Advisory Board member, Integral Health, California Institute of Integral Studies.

Connie holds a Master’s Degree in Nonprofit Public Administration, emphasis on ethical business of transformational social change. Her projects, The Center for Spirited Medicine, and The Spirited Medicine Alliance, work to preserve the rainforest’s medicinal plants and indigenous healing practices. Connie is also founder of The Living Shaman Museum, which is devoted to keeping shamanism relevant in the modern world. She has completed eighteen years of shamanic apprenticeship with don Antonio Montero Pisco in the Amazon, and was appointed to carry on his ancient Cocama shamanic teachings and healing practices. 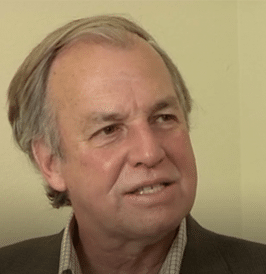 Kirk is the Founder of CEA and has been at the helm as a Principal since 1984. His deep experience in energy and environmental regulation provides the foundation for CEA’s work with a variety of private and public sector clients. Prior to establishing CEA in 1984, Kirk was the Under Secretary of California’s Natural Resources Agency and served as the Director of the Office of Appropriate Technology. He also held various positions at the U.S. Department of the Interior. At California’s Natural Resources Agency, Kirk was responsible for managing budget and policy initiatives of the agency’s nine departments. He resolved policy conflicts among departments, cabinet officers, legislators, companies, and private citizens. Later, he worked as a consultant with the Environmental Defense Fund to help implement programs in energy, water, and hazardous materials.

Kirk has led large-scale regulatory reform and strategic planning projects for major manufacturing and transportation companies as well as for trade associations and nonprofits. He has represented individual clients and trade associations before legislative and regulatory agencies in California and Washington, D.C. In July 1999, Governor Davis appointed Kirk as a public member of the California Board of Forestry, where he served as the Vice-Chair of the Board until 2007. Kirk currently serves as the Chairman of the Board of the Institute for Local Self-Reliance and on the Boards of the Pacific Forest Trust, the Blue Mountain Center and the Point Reyes National Seashore Association.

Kirk has a master’s degree in Natural Resources Policy and Management from the University of Michigan and a bachelor’s degree from Trinity College. While Kirk has a passion for travel to places far and near, many of his fondest times are spent enjoying the wonders of the Tomales Bay region, by foot, sail or oar. 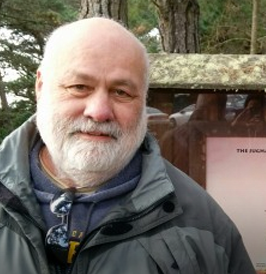 For over thirty-seven years ISI has provided ethical business consulting services, and development & resilience management services for both nonprofit and for-profit business enterprises. As a key element of ISI Development & Resilience Services, and ISI’s overall systemic approach to management, Dr. Cole has stepped into the roles of President, CEO, COO, Controller, Business Manager and Director, for 37 organizations and corporations over the years.

Dr. Cole is the founder of the Environmental Program within the Conservation and Resource Studies Program, U.C. Berkeley. Winner of many awards and commendations, Dr. Cole is a keynote speaker & guest on radio and television. He has published numerous articles and papers related to his areas of expertise. 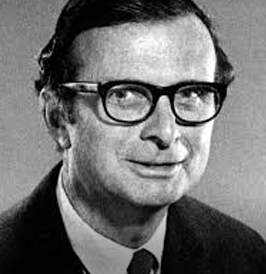 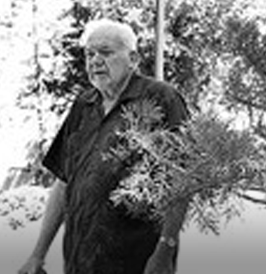